Loggerhead Marinelife Center (LMC) biologists discovered the first leatherback sea turtle nest in Florida, and likely the United States, for the 2016 season on Wednesday morning. Biologists found and marked the clutch of eggs approximately 100 feet south of the Juno Beach Pier. LMC staff will continue to monitor the nest over the next two months to determine hatch success.

This is the earliest leatherback nest that Loggerhead Marinelife Center has recorded since 2006. Interestingly enough, the nest from 2006 was documented on the same day as 2016 (February 24). Each season, the LMC research team documents all sea turtle activities along 9.5 miles of beach from the northern Palm Beach County line on Jupiter Island south to John D. MacArthur State Park. 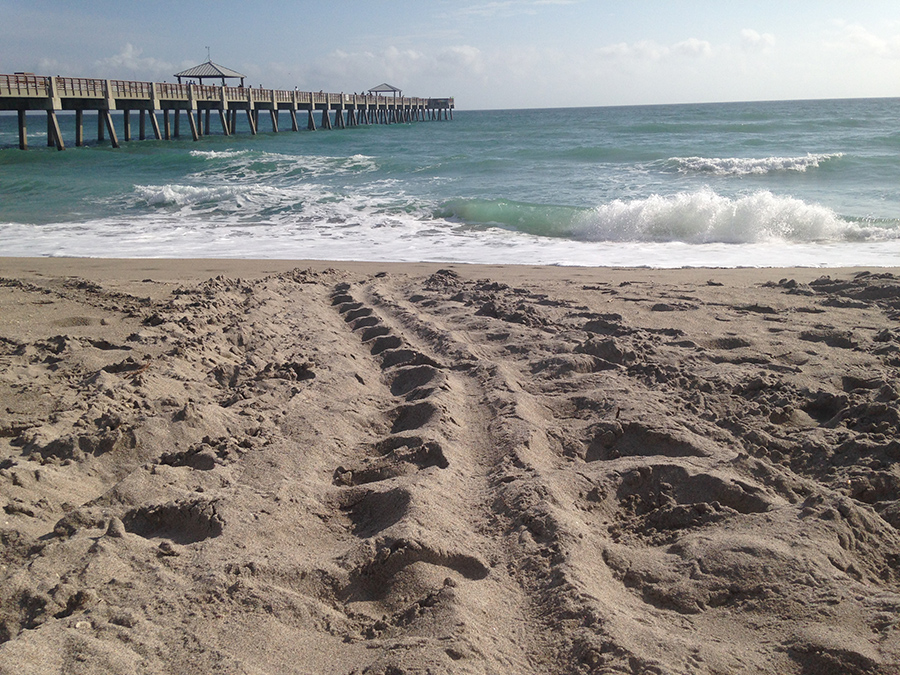 Leatherbacks, the largest living sea turtles, are typically six to eight feet in length and weigh approximately 1,200 to 1,500 pounds. They are also critically endangered. According to Adrienne McCracken, LMC’s Field Operations Manager, this early nest alerts other sea turtle nesting surveyors at adjacent beaches that the nesting turtles are back. This is especially important for Martin and Palm Beach Counties, as they are the epicenter of leatherback nesting in the continental United States.

“Now that we know the sea turtles have begun to nest on our beaches, we would like to encourage all beachgoers and residents to follow best practices to share the beach with wildlife, including our sea turtles,” said McCracken.

How can you help? The good news is that everyone can make a difference. You can adopt a sea turtle nest for the 2016 season, which will assist sea turtle research. More information is available at www.marinelife.org/adopt, or by contactingkrumbley@marinelife.org. People can also help by familiarizing themselves with nesting season do’s and don’ts and participating in worldwide “Lights Out” campaigns, which urge people to adopt a lights out policy near the beach during nesting season. 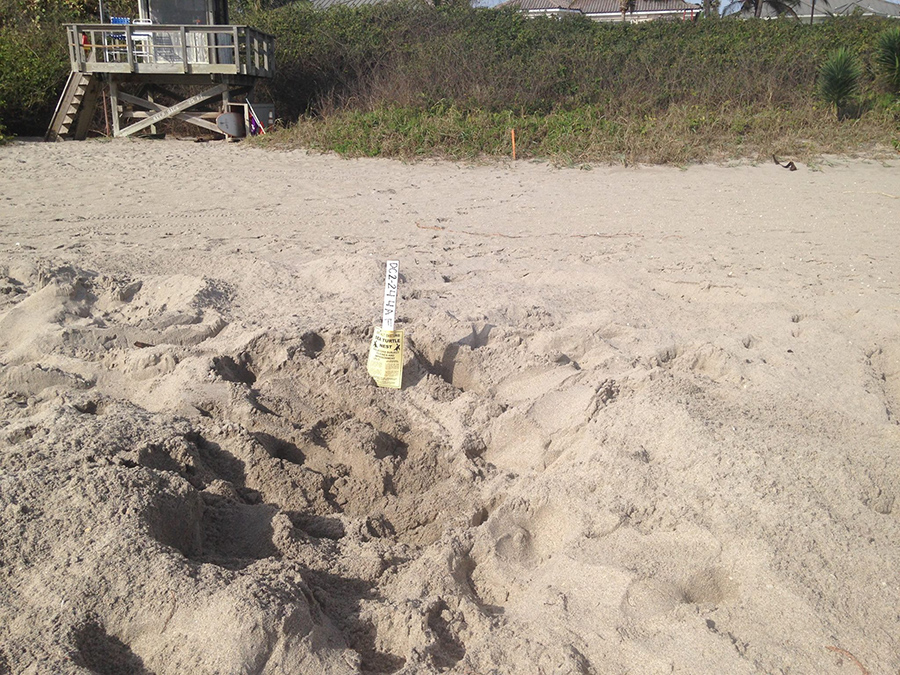 sea turtle’s path to and from the ocean

While sea turtles are beautiful, captivating creatures, it is illegal to harm or harass them, their nests or hatchlings. Sea turtles are protected by the US Endangered Species Act of 1973 and Florida Statute Chapter 370.