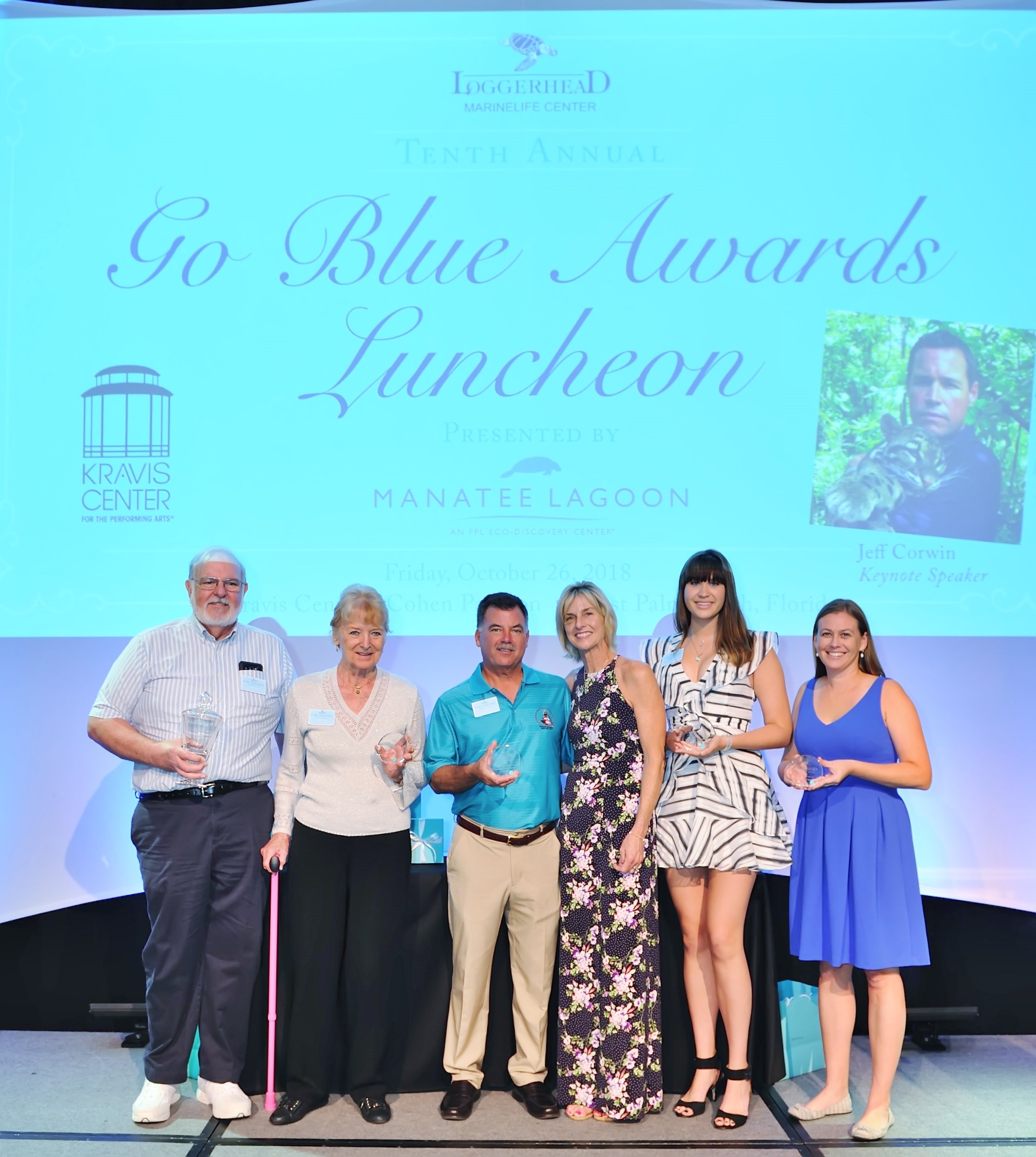 As Florida’s preeminent ocean conservation awards event, the Luncheon brought together ocean heroes from around the world to meet and mingle, congratulate the recipients, and hear from Emmy award-winning television show host, conservationist and keynote speaker, Jeff Corwin. 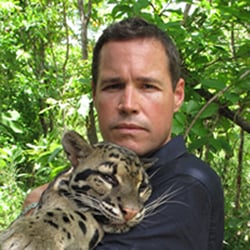 This year’s sold-out Luncheon was moved to the Kravis Center to accommodate a significant increase in interest and number of attendees. The Tenth Annual Go Blue Awards Luncheon welcomed over 700 guests this year.

“Ten years ago when we formed the Go Blue Awards, we could not have imagined where we would be now. We have nominations from across the globe, have cultivated an elite independent panel of judges, and have grown to 700 attendees. The core mission has not changed, to recognize people who are working to protect and preserve our oceans and marine life,” said Lynne Wells, vice chair of the LMC Board of Directors, Capital Campaign Director, and co-founder of the Go Blue Awards Luncheon. 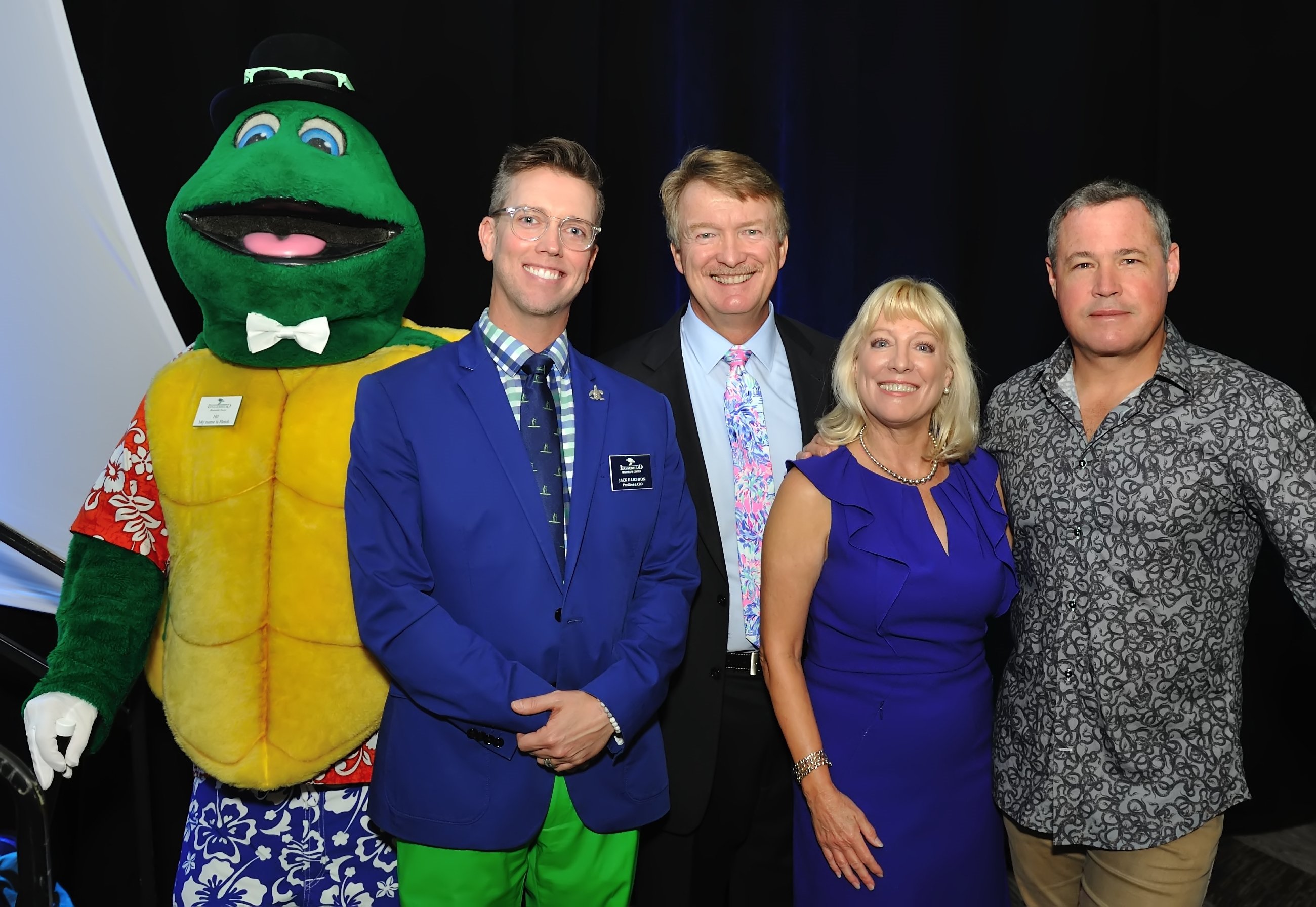 This is a special year for Loggerhead Marinelife Center, having recently celebrated its 35th birthday this August and is in the midst of its Waves of Progress Capital Expansion Campaign, which will double the size of the Center allowing it to save more sea turtles, educate more guests, conduct more research and advance ocean conservation initiatives. The Center has raised 70% of its goal so far and aims to break ground on the expansion next year.

“The Luncheon offers LMC a wonderful platform upon which we can recognize the exceptional efforts of ocean heroes from around the world while also taking the time to recognize the significant environmental and economic importance of Florida’s coastal ecosystems. We were humbled to welcome Jeff Corwin to Palm Beach County and thank him for his significant support of LMC,” said Jack E. Lighton, CEO of Loggerhead Marinelife Center.

The Center is also announcing that Jeff Corwin will be joining the Go Blue Awards distinguished independent panel of judges in 2019.

“Our Luncheon served as the perfect backdrop to celebrate all of LMC’s contributions and the important need we have to expand our impact through our Waves of Progress expansion campaign. As Mr. Corwin stated, ‘Good people make bad decisions when they lack information.’ Our expansion campaign aims to provide even more world-class education and information, making our center a hub for ocean conservation excellence. Together we can make a difference,” Lighton added. 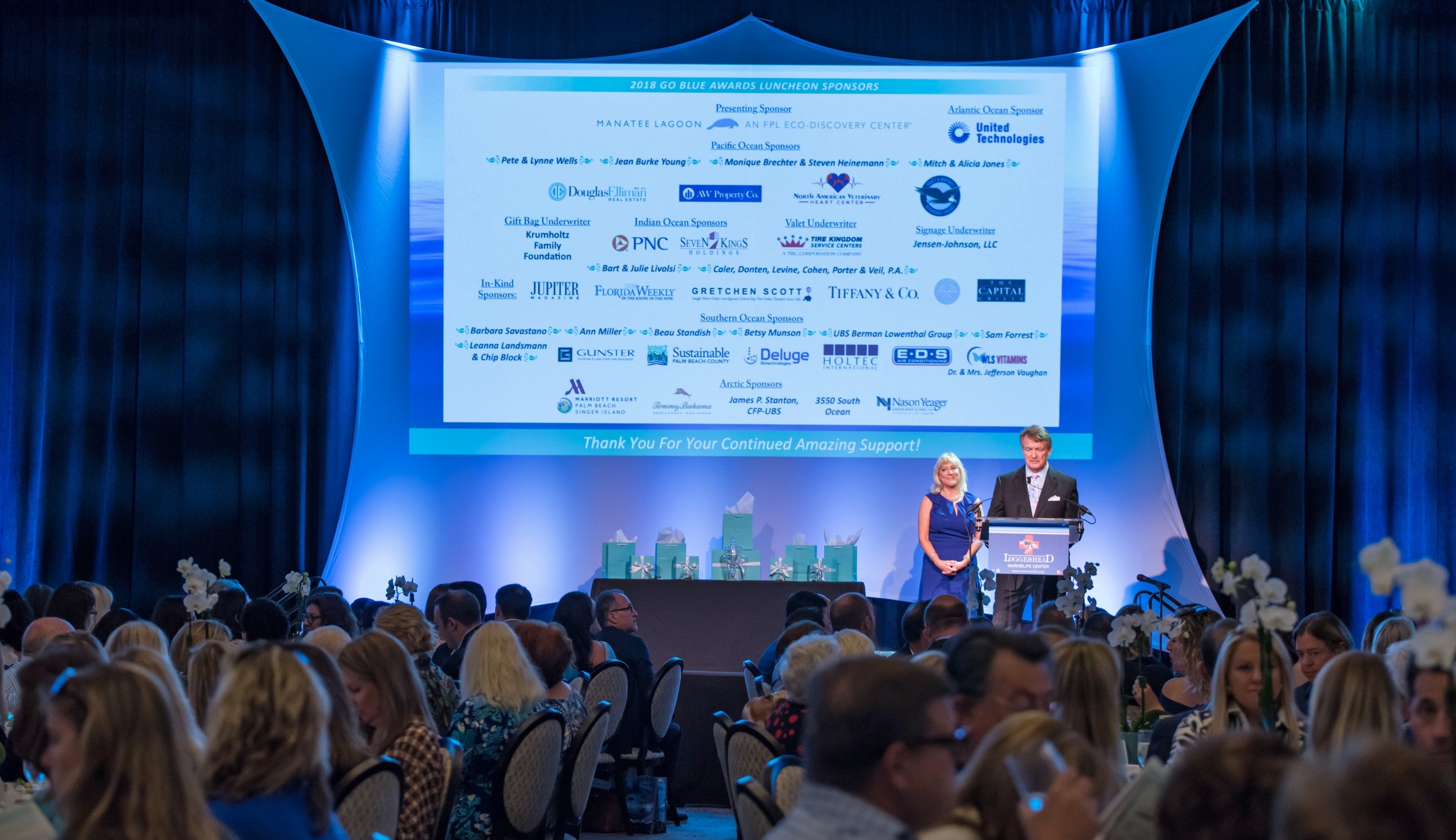 Dr. Charles A. Manire, from Tequesta – Lead Editor of the newly published 1,000 page reference book – Sea Turtle Health & Rehabilitation, as well as Loggerhead Marinelife Center’s Director of Research & Rehabilitation, working in the marine research and marine veterinary fields for over 28 years, including positions at University of Miami’s Rosensteil School of Marine and Atmospheric Science, Mote Marine Laboratory in Sarasota, FL, and Atlantis Resort in Nassau, Bahamas. He has been Director of Research and Rehabilitation at Loggerhead Marinelife Center since May 2012. Dr. Manire oversees beach monitoring of one of the densest sea turtle nesting beaches in the U.S., as well as the LMC rehabilitation hospital. He also serves as staff veterinarian at the Center.

The Blue Business of the Year Award Recipient:

Andrew “Red” Harris Foundation, from Jupiter – A 501(c)(3) nonprofit working to enhance the marine environment by building artificial reefs and encouraging the next generation to love our oceans, rivers and lakes.

The Blue Ambassador of the Year Recipient:

The Blue Friend of the Year Recipient:

Jacquelyn Kingston, from Jupiter – Founder of Sea Turtle Adventures (STA) and responsible for initiating the Responsible Pier Initiative partnership. Through STA, she launched iCare, a program designed for adults with special needs who enjoy nature and the marine environment.

Madison Toonder, from St. Augustine – Conservation-related scientific researcher, educator, environmental advocate and youth engagement advisor who has developed multiple research concepts in which she conducts studies in collaboration with Loggerhead Marinelife Center, the University of Florida, and the University of Miami. 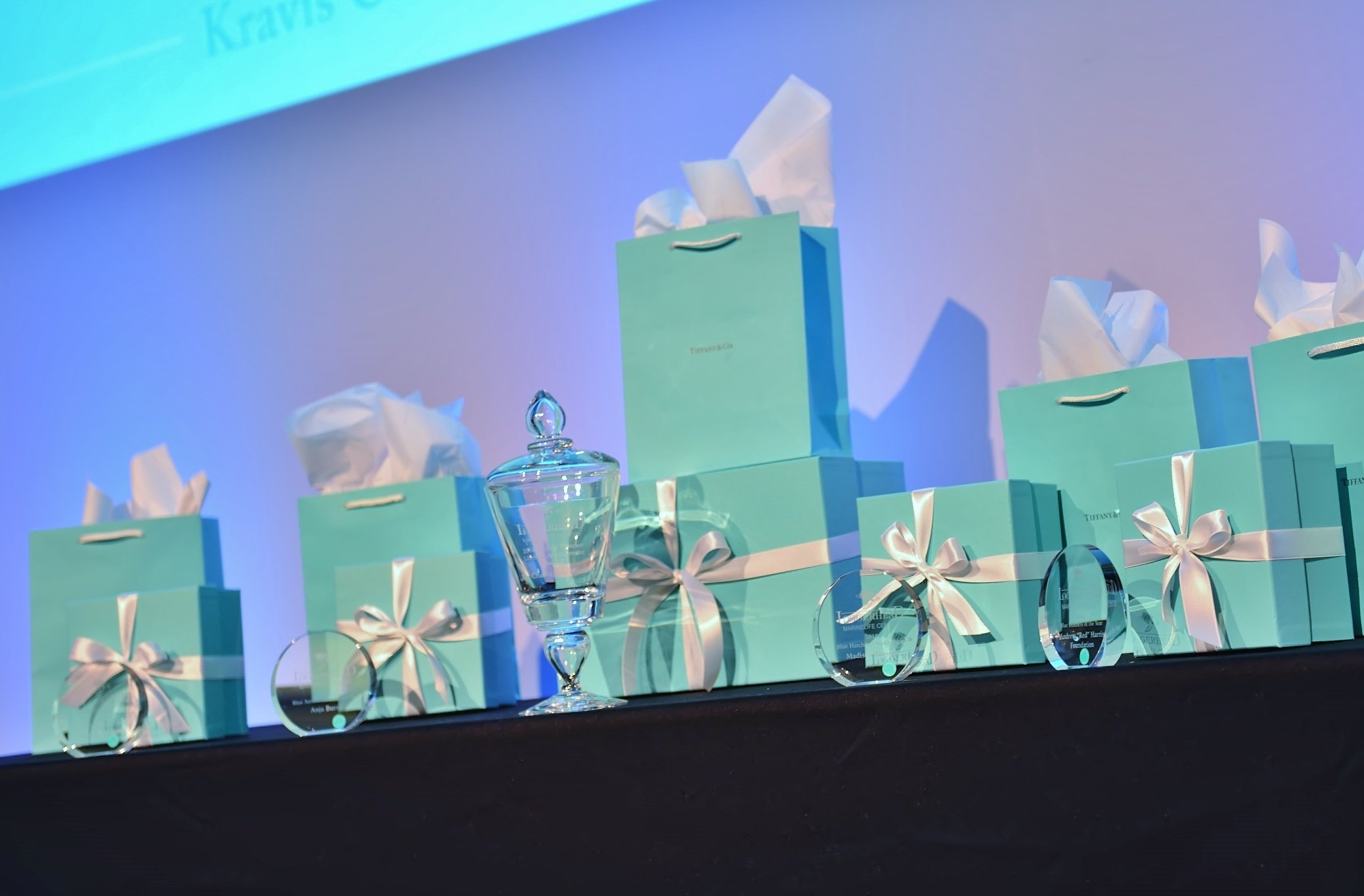 Loggerhead Marinelife Center is a nonprofit sea turtle research, rehabilitation and educational institution that promotes conservation of ocean ecosystems with a focus on threatened and endangered sea turtles. The Center features an on-site hospital, research laboratory, educational exhibits and aquariums, and also operates the Juno Beach Pier, which hosts world-class angling and sightseeing. Situated on one of the world’s most important sea turtle nesting beaches, Loggerhead Marinelife Center is open daily and hosts over 350,000 guests free-of-charge each year. The Center’s conservation team works with 76 local and international organizations across six continents to form partnerships and share conservation initiatives and best practices that are core to its mission of ocean conservation. The Center is expanding and has launched its Waves of Progress capital expansion campaign, designed to accelerate and amplify LMC’s conservation and education impact. When complete, the facility will offer one of the world’s most advanced and unique experiences for guests and scientific partners. For more information, visit marinelife.org or call (561) 627-8280.