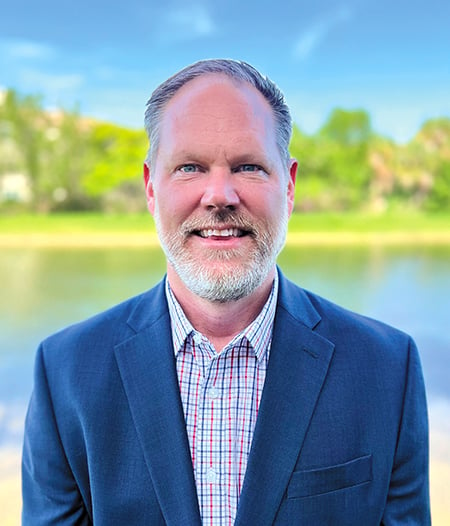 Dehart has more than 25 years of experience in marine research, conservation initiatives, and aquatic life support operations at several major aquariums across North America. He started working at aquariums at just 15 years old. Prior to joining LMC, Dehart served as Vice President of Animal Husbandry and Marine Conservation at the Phillip and Patricia Frost Museum of Science in Miami. During his extensive career caring for and working with marine life, Dehart, along with the teams he has managed, worked with non-releasable hawksbill, green, and loggerhead sea turtles, providing them with excellent husbandry and veterinary care.

“Mr. Dehart’s passion for ocean conservation and vast knowledge of marine life will help LMC continue its vital research, rehabilitation, and education programs,” said Brian Waxman, LMC Board Chairman. “We are excited for the next chapter of the center’s expansion, and Dehart’s positive leadership skills and experience gives us complete confidence as he takes on this commitment.”

Dehart discovered his passion for marine biology at 4 years old while snorkeling with his father, a former Navy diver. He holds a Bachelor of Science degree in biology from the University of Nebraska at Omaha. Over his extensive career, Dehart helped build and open three large public aquarium facilities, including Frost Science, Ripley’s Aquarium of Canada in Toronto as the Director of Husbandry, and the Kingdom of the Seas Aquarium at the Henry Doorly Zoo in Omaha, Nebraska. Additionally, he spent 19 years at the National Aquarium in both Baltimore, Maryland, and Washington, D.C.

Due to his expert knowledge of marine life, Dehart has appeared on a variety of network broadcasts, including TODAY, NBC Nightly News, Larry King Live, and The Situation Room with Wolf Blitzer. He has also been featured in seven Shark Week productions for the Discovery Channel, and served as Shark Advisor for the channel. 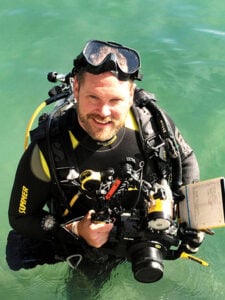 “Over the course of my 30-year career, I have been deeply involved in the conservation of the world’s oceans. I have collaborated with the team at Loggerhead Marinelife Center over the years and have always felt a strong connection,” said Dehart. “I could not be more excited to join the LMC family and continue their incredible work in education, conservation, and research, with their unique focus on the rescue and rehabilitation of sea turtles.”

Aside from his profession, Dehart’s favorite activity is being dad to two amazing kids. “My daughter (age 14) is an equestrian, and son (age 11) plays ice hockey,” he said. Dehart enjoys scuba diving and underwater photography, and previously served on the board of the Reef Environmental Education Foundation (REEF) for 12 years. He also enjoys activities away from the ocean such as camping, hiking, and snowboarding.