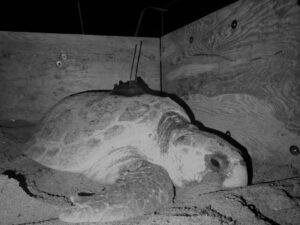 Paprika, a loggerhead sea turtle, sensed that Hurricane Ian was on its way. But how did LMC researchers discover this?

On April 25, LMC researchers affixed a satellite transmitter to Paprika’s carapace, the top shell, to better understand her movements during the breeding season and follow her post-nesting migration to her foraging grounds.

From April to July, the turtle laid seven nests on Juno Beach. Then, she made her journey back traveling along the East coast, down to the Florida Keys, and around to Captiva Island before settling. By July 30, Paprika had reached her foraging grounds and stayed in an area that was approximately 23ft deep.

Hurricane Ian entered the Gulf of Mexico on September 28, 2022. No one had to inform Paprika of the coming storm, she sensed it. As the storm grew closer, the turtle ventured 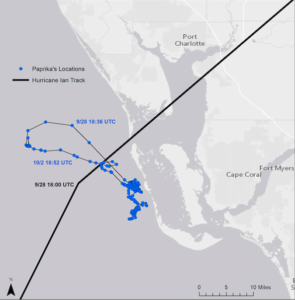 After seven days, when the storm had passed and the seas had calmed, Paprika returned safely to her original foraging grounds in the shallow water surrounding Captiva. Sea turtles return to the same beaches that they were born on to lay their nests and so we hope to see Paprika again soon! 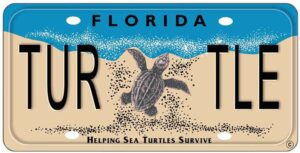