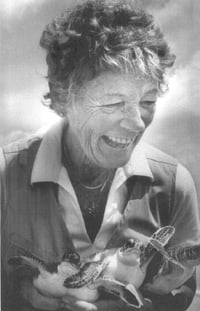 Over 30 years ago, long-time Juno Beach resident Eleanor Fletcher started what is now Loggerhead Marinelife Center. Eleanor and her husband Robert had a real estate business in Juno Beach. Eleanor began to notice the abundance of sea turtles nesting on our shore in spring and summer. She was curious about why so many hatchlings headed landward after hatching, rather than back to sea, and as a result, began some of the earliest research on sea turtles in our area. Juno Beach is now recognized as one of the most active nesting beaches in the world! Eleanor became known as “The Turtle Lady” throughout the area.

In 1983 the Children’s Museum of Juno Beach was incorporated, moving into what had been an old home in Loggerhead Park, thanks to the County’s Department of Parks and Recreation. Reflecting an expanded mission, the name was changed to The Marinelife Center of Juno Beach in 1990. 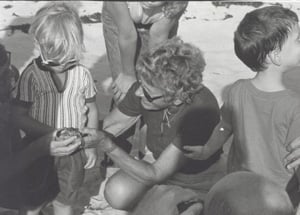