Blue Friend of the Year Finalists: 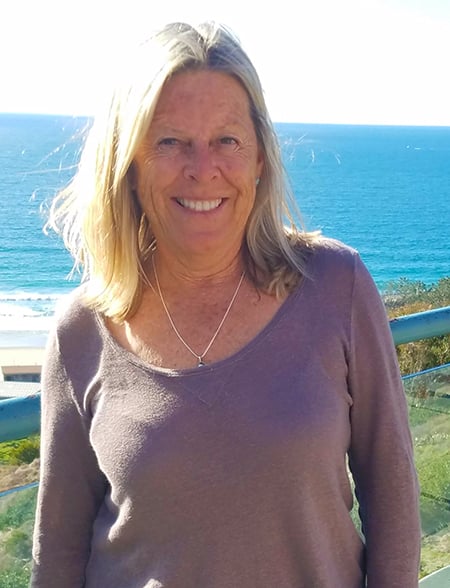 Linda Emerson's pioneering career in marine conservation embodies a life of dedication to the ocean. Her diverse body of work focuses on nurturing our connection with the natural world and each other to inspire lifestyles that support the marine environment and a healthy planet. Her multi-disciplinary projects have touched tens of thousands of people from professional conference attendees to students and at-risk youths, the general public attending outreach events to volunteers in sea turtle nesting programs. She is known in Palm Beach County and beyond for visionary, collaborative science-based projects and programs that at their core recognize and celebrate our interdependence and emotional connection to nature, especially within the North Atlantic watershed.

Enthralled with the ocean from the moment her toes touched saltwater, Linda's roots go back four generations at the Jersey Shore. She pursued her education during the 1970s when the first Earth Day became a call for environmental responsibility. When there was no formal environmental program at the University of Delaware, she created her own course of study. Focused on physical and life sciences, she also delved into human relationship with nature through art, literature and culture to explore our place within the biosphere. On graduating 1975/BA Physical Geography, she moved to Jupiter, Florida and secured funding for a marine education position at the Jupiter Marine Science Center, joining those in this new field who laid the groundwork for modern environmental education and protection.

Linda was selected by the International Coral Reef Society to develop the first Marine Science Department at the Science Museum of West Palm Beach where she shared her classroom with Eleanor Fletcher for a weekly sea turtle program and cared for a juvenile Loggerhead at the museum under Ms. Fletcher's permit. Almost 10 years later, she became one of the original staff at Loggerhead Marinelife Center, responsible for everything from developing education, exhibits, marketing and public relations to assisting with sea turtle rehabilitation and securing fresh fish donations from a local restaurant. She fostered a sense of wonder when leading sea turtle nesting walks. She achieved a personal goal of regular media coverage, launching a phase of public awareness and support that helped transition the center to a stable operating budget. Her office at the time was a gutted bathroom in the original motel facility.

• Developed and led some of the first environmental field trips in Palm Beach County in juvenile Green sea turtle habitat of the southern Indian River Lagoon.

• Established one of 20 marine debris data collection sites on the US east coast in a ground-breaking 5-year study led by the Center for Marine Conservation/Ocean Conservancy in 1997.

As many of the ideas and methods Linda forwarded became more mainstream and established, she turned her attention to a seemingly invisible problem impacting sea turtles, marinelife and all coastal species. In 2012, she independently researched the quantity and composition of marine debris weekly for a year at three monitoring sites on Jupiter beaches. The results were disturbing. While a high percentage of debris was now plastic, there was little mention of it within the global environmental community. The term "Great Pacific Garbage Patch" further confused the issue as people visualized a floating mat of plastic pieces, not a complex system of ocean current upwelling and microplastics. Linda concentrated her ocean conservation efforts on bringing clarity to the ocean plastic pollution crisis.

• In 2014, founded Wildbluesea, a non-profit organization to raise awareness of ocean plastic pollution, emphasize upstream connections and accelerate individual solution-based choices. Strategies based on insight from scientific research, field studies, collaborative discussion, piloting creative initiatives, the power of the arts to nurture connection to nature and blue mind: the neuroscience behind our physical, mental and emotional well-being when we are close to nature, especially water. Volunteers participated in monitoring, piloting programs and community education.

• Developed and piloted Ocean Gratitude beach cleanup around the North Atlantic watershed. Recruited site hosts in Jupiter, FL; Jekyll Island, GA; Nags Head and Wrightsville Beach, NC; Nassau, Bahamas; East Sussex, UK and Long Island, NY to organize a combined beach-cleanup, pre/post cleanup survey, data collection designed to record subjective impressions of the coast and quantify common single-use items and a community building activity such as yoga, art, music or journaling. The program led to shared observations of both the issue and the beauty of the shore and created a bonding experience. Participants became engaged, inquisitive and enthused. They felt empowered to make a positive impact on solving the issue. Versions of this approach are being adopted globally.

• Partnered with musician-activist Jack Johnson as a featured non-profit at his West Palm Beach concert.

As ocean plastic pollution became widely recognized and the effort to reduce it gained momentum, Linda concurrently explored potential to use our neuroscience evidenced emotional connection to the ocean and wild waters to further ocean conservation. Strategies included plastic-free potlucks, guided group meditation by the ocean, ocean art coffeehouse, partnering with Resource Depot for creative plastic debris workshops, contributing to the Blue Mind Book Club. She is currently reviving her original intent of building a watershed-based conservation community who recognize we share a common ocean with other species and are motivated by awe and wonder to protect the ocean in ways we have yet to imagine. Her vision is "to create opportunities to relate to the ocean in shared and meaningful ways, see the earth without geopolitical boundaries and ignite the next wave of change that helps heal the earth". She is currently in a strategic planning stage of this work with startup scheduled for 2022.

I was fortunate to meet Linda when she started working for the City of West Pam Beach at Grassy Waters Preserve Nature Center. As the Assistant Director of Parks and Recreation I was in awe of the incredible work and passion Linda shared with the community. Her environmental coffee houses in the wetlands, which she developed, were widely attended and always sold-out. Several years later when the City had a F.I.N.D. grant for interpretive signage along the waterfront, I reached out to Linda knowing she had the necessary outside the box ability for this complex project, to bring the Intracoastal Waterway habitat and history to our community as environmental art. To this day you can see her work along the Downtown Waterfront promenade and in Currie Park. 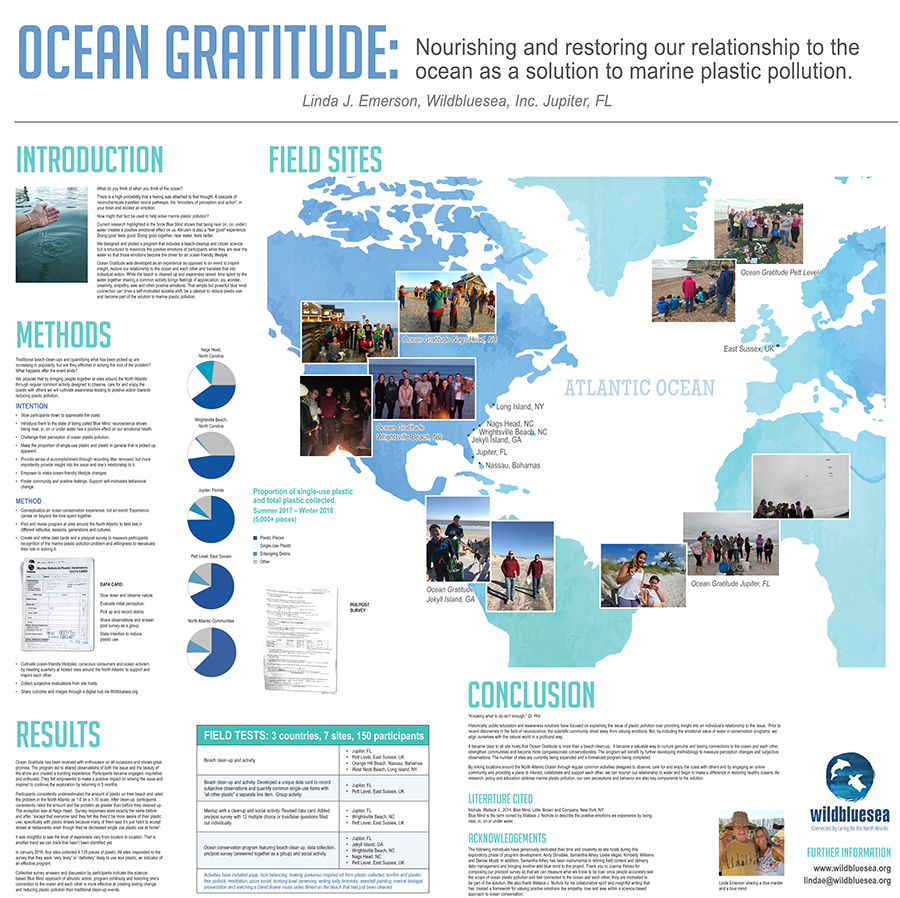 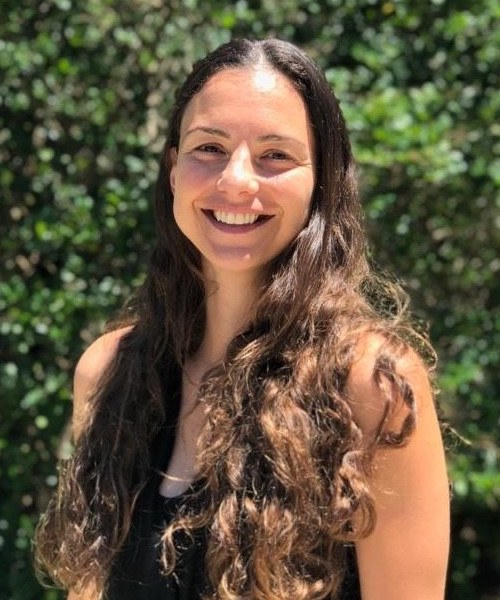 Dr. Fuentes is a marine conservation biologist, whose work provides critical scientific basis to aid the recovery of marine turtles. Her passion for the ocean and marine turtles and her concerns about their future has prompted her to develop a dynamic research program that addresses real-world issues and focuses on connecting people to science for effective change.

Her research draws together a wide range of disciplines (including ecology, biology, geology, conservation policy and climate modeling), and she often works closely with various stakeholders on interdisciplinary research topics and management issues. Her expertise is in integrating field-based ecology with systematic conservation planning, decision-theory approaches, climate modeling, and applied qualitative and geographic spatial analysis. She uses these tools to explore how marine turtles, interact with environmental processes and how they are impacted by current and future disturbances.

Her work has guided policy and management at regional, national, and global level and advanced our understanding of how marine turtles are impacted by multiple stressors. The results from her research allows managers and decision makers to better anticipate and mitigate current and future impacts to marine turtles to aid their recovery. With over 75 peer-reviewed publications, Dr. Fuentes has made important contributions to the global scientific understanding of how marine turtles will be impacted by different stressors, including changes in climate, coastal development, pollution, vessel strike and has developed novel approaches to assess cumulative impacts to marine turtles and inform their management. She works closely with the IUCN's Marine Turtle Specialist Group to advance how marine turtle conservation status and priorities globally are accessed. Crucial for a conservation scientist, Dr. Fuentes maintains a firm commitment to applying science in management and policy. She involves managers in her projects and is skilled in interpreting her results for real-world application, as a result she has worked closely with multiple government, non-government and Indigenous agencies internationally (Australia, Bahamas, Barbados, Brazil, Kenya, Madagascar, USA, and Vanuatu).

Dr. Fuentes is eager to communicate and to make her research findings comprehensible and available to the broad community, particularly STEAM (Science, Technology, Engineering, Arts, Math) groups. She has achieved this by giving press interviews for various media outlets, participating in community and school presentations, by writing educational articles and books and engaging with the broad community. Importantly, she is motivated to share her career experiences and trajectory to inspire young students to follow their goals in science.

She has mentored over fifty undergraduate students and 17 graduate students. Indeed, her commitment to delivering her research to the broad community has been recognized by the National Academies of Sciences, and the Australian Institute of Policy and Science and she was a recipient of one of the prestigious Young Tall Poppy Science Awards she received a Young Explorer Award by the National Geographic Society and is part of the Wentworth Group of Concerned Scientists Science Leaders Program, with the goal of engaging in public policy for the future of our land, water, coasts and biodiversity. 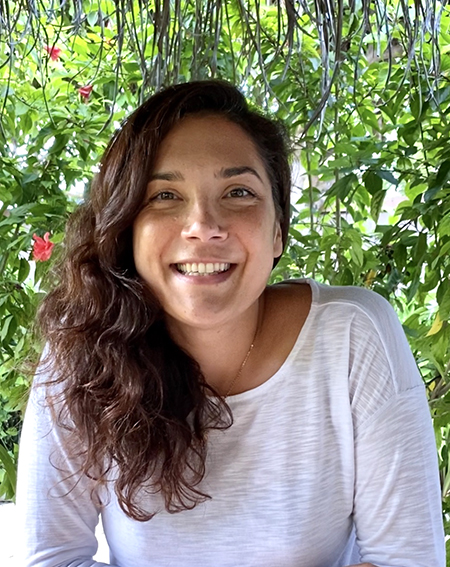 Dr. Claire Petros studied biology as an undergraduate at the University of Oxford, focusing on marine conservation and research of the health status of coral reefs in Wakatobi, Indonesia. After graduating from Oxford, she studied veterinary medicine at Bristol University and received clinical training at the London Zoo and North Carolina State University College of Veterinary Medicine.

Dr. Claire has been head veterinarian at the Olive Ridley Project (ORP, www.oliveridleyproject.org) in the Maldives since 2016. The ORP is an ocean conservation NGO focused on mitigating threats to marine fauna in the Indian Ocean, and in particular, the threat of ghost net entanglements in sea turtles in the Maldives. Through her leadership, the ORP has established a comprehensive sea turtle hospital in Baa Atoll, Maldives, with plans for expansion to other atolls. Dr. Claire has also been instrumental in marine conservation educational programming throughout the Maldives, working closely with government and local stakeholders in advancing ocean health efforts on the ground in this island nation.

Perhaps Dr. Claire's most significant contribution to marine conservation has been the establishment of the Sea Turtle Rescue Alliance (STRA, www.seaturtlerescuealliance.org), a global initiative that has as its mission the advancement of sea turtle medicine and care at facilities around the world that do not have access to advanced medical expertise. Supported by the oldest marine mammal conservation NGO in the world, Swiss-based OceanCare, STRA has established enhanced clinical practice modalities in four sea turtle hospitals on three continents, with plans for expansion to eight hospitals by 2023. This initiative is the first of its kind ever attempted, and uses advanced telemedical interfaces and in-country medical training for veterinarians and their staffs. As a major teaching hospital, Loggerhead Marinelife Center serves as the flagship US-based hospital of this exciting Alliance.

Dr. Claire continues to serve as a consultant to OceanCare and in her 'spare time' is pursuing her DPhil degree at Oxford focusing on the illegal trade in sea turtles in the Maldives and surrounding region.