The recipient of the Blue Ambassador of the Year Award exemplifies significant local contributions in marine conservation through volunteer-related activities. 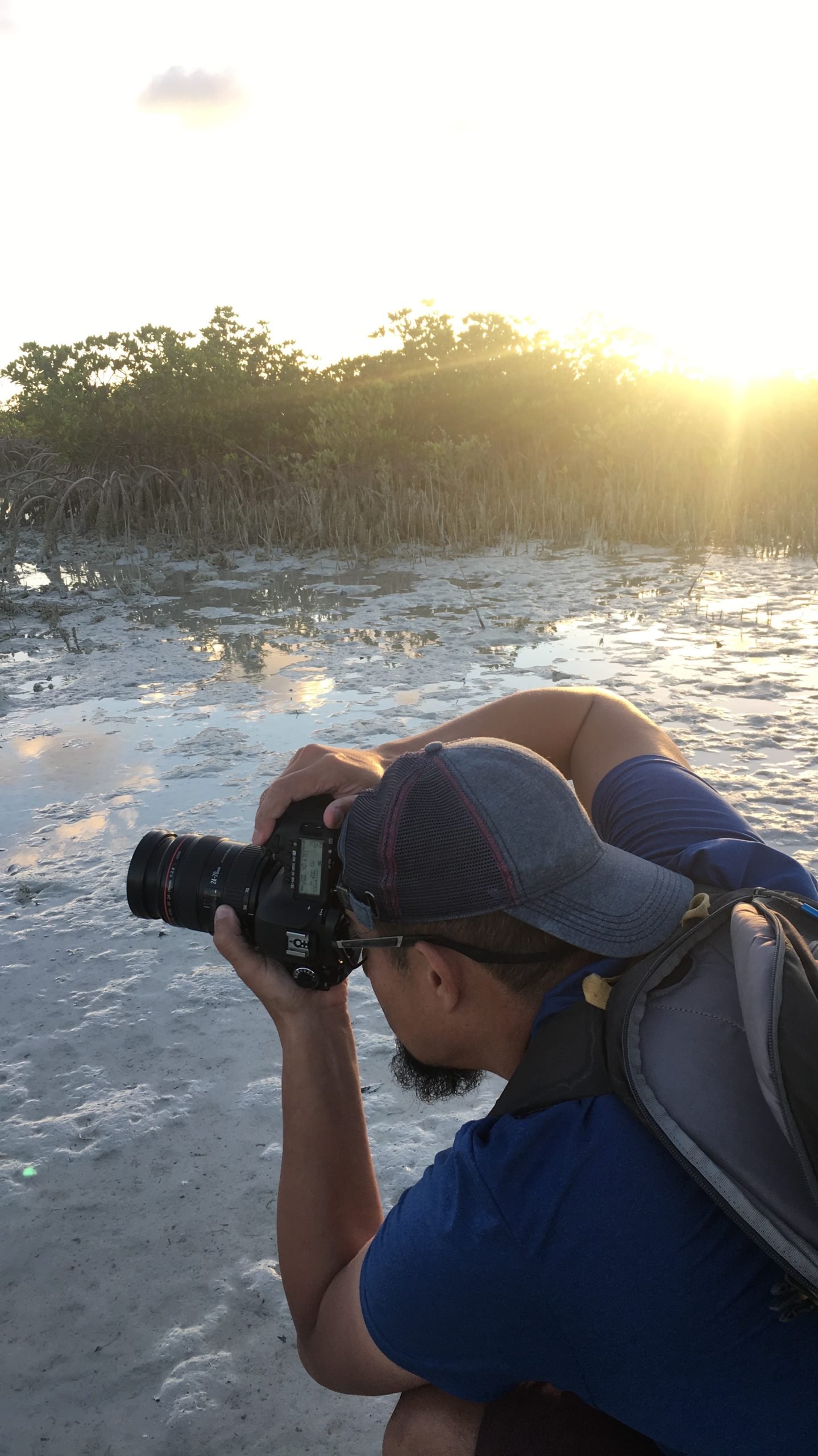 Mario Cisneros has dedicated the past 10+ years to the conservation of wildlife. His main focus is showcasing the hidden natural gems of Florida as well as bringing awareness to species that need our help. For the past 3 years he has dedicated his time as a sea turtle volunteer for Miami-Dade Sea Turtle Conservation Program as well as volunteering with Bill Bags State Park this past year. He also spends his free time volunteering with numerous biologist in efforts to understand and conserve ecosystems. He has worked alongside turtle biologists all across Florida to learn, understand, protect, and conserve sea turtle species. His ultimate goal is to show each species in their natural habitat in hopes that everyone will appreciate our planet and urge people to protect and conserve it. Mario has dedicated his time to give the public a chance to be part of the natural environment through amazing photographs and videos on social media. Through his social media platform he has been able to reach 63.4K followers just on instagram. Honoring Mario with the Blue ambassador award will shed light on all the positivity, hard work, and knowledge he spreads to the public to help protect and raise awareness of our precious ecosystems.

I would like to nominate Mario Cisneros for the  Blue Ambassador of the Year Award (Volunteer Efforts). We have known Mario for over 3 years and he has gained through his photography and conservation efforts our respect and enthusiasm towards the cause. Mario has a bachelors degree in Biological sciences and started photographing the native orchids of south Florida while involved in a restoration project with FIU in the Everglades. His most inspirational work comes after starting his marine, underwater photography Instagram account (@zeroeye), where he educates and inspires others to protect the ocean.  He addresses current issues on his live feeds and posts reliable, science-based information on the conservation of species, specially sea turtles.

Mario has volunteered with the Sea Turtle conservancy and participated in several of their events including documenting the release of sea turtles with trackers that are monitored on a yearly basis. He has donated his work for fund raising events that benefit the continuation of research and education on the conservation of sea turtles. He donated one of his pictures to the Bermuda Islands government officials to celebrate the 50th anniversary of sea turtle conservation. The picture is now a legal stamp that can be purchased locally. Other profitable items using Mario’s pictures are also sold there. Part of the profits are utilized to continue the conservation efforts in the Islands.

Mario favorite quote is, “ In the end we will conserve what we love; we will love only what we understand; and we will understand only what we are taught”. (Baba Dioum, 1968). With this in mind, he teaches photography and shares his passion with high school students at Mater East Academy, a local charter school that serves mostly minorities. Mario believes that the younger generations will raise to the environmental challenges that we face today, and one of his goals is to educate and inspire his students to find that connection with nature through photography and evidence based science.  His most rewarding achievement is seeing his students engage in conservation efforts after they have graduated.

Mario has collaborated with Disney World and has made close connections with the scientists involved in Disney’s conservation program. One of his baby sea turtle pictures was donated to them and is now one of the pins sold at the parks. The money is used on research and to continue to develop educational conservation programs for the children that visit the different resorts and parks.

Mario has worked for the Miami Dade County Sea turtle conservation program for 3 years.  He currently volunteers his time to the program where crucial data is collected and reported to the FWC. The pictures he takes are donated to promote education on their social media account and used for local presentations and events.

Overall, Mario has impacted and continues to make an impact in the promotion of sea turtle conservation. His efforts aim to educate and support the conservation of species and the protection of natural habitats. We believe he deserves the award because he is making a great impact through his photography by donating, educating and inspiring others to make that connection that is so crucial in becoming active participants in the protection of species and our environment. 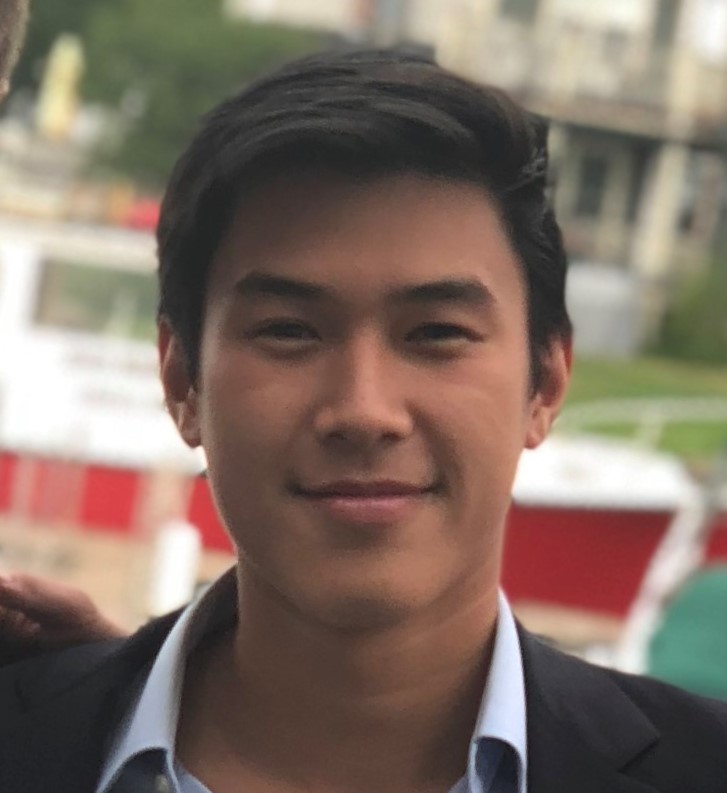 Born in New York City but spending half of his life in Miami, Florida, Xander Fong learned to fish at the age of 5 years old. He has been a member of the Coastal Conservation Association in Florida since he was 18. He co-founded and served as the CEO for FXG tackle, a leading importer and retail distributor of saltwater fishing products, servicing clients throughout the United States. An avid fisherman and outdoors enthusiast, he authored a paper on environmentally sustainable White Pacific Shrimp farming alternatives that was published in the Fisheries and Aquaculture Journal. He is also a contributing author at Coastal Angler Magazine, where he most recently wrote an article on how to catch mangrove snapper, a local species in Florida that serves as a highly sustainable alternative to more over-fished species such as red snapper.

Perhaps his biggest commitment to conservation is that he serves on the Board of Directors of the Billion Oyster Project, a non-profit based in New York City that seeks to restore one billion oysters to New York Harbor through public education initiatives. To build oyster reefs, BOP partners with 75+ NYC seafood restaurants that graciously donate oyster shells which are then recycled to create oyster reefs. BOP implements these oyster reefs through the help of volunteers via a network of 100+ public high schools and 6,000+ students most of whom come from under-resourced neighborhoods and underrepresented ethnic backgrounds. BOP provides marine-restoration based STEM education in the form of classroom learning which culminates in field expeditions where students implement oyster reefs, exposing a new audience to the benefits of marine conservation and potential maritime careers. The non-profit has collected over 1.5 million oyster shells, restored 45 million oysters to the harbor, and engaged more than 6,000 students to date.

Having spent his high-school years rowing on the Harlem river, Xander was always struck by the sharp disparity between New York City’s waters and those of coastal Miami. Committed to cleaning up the waters he grew up around, he serves as the youngest member on the board of directors by over two decades. He specifically leads the organization in developing partnerships with recreational fishing and outdoor apparel companies, combining his passion for conservation with his first-hand experience of working in the fishing industry. In his first month of being on the board, he helped create an instrumental partnership with YETI Coolers, the publicly-traded and leading cooler and drinkware company. The company will not only help further the organization's conservation work but also feature it in its annual publication YETI Dispatch, spreading awareness of BOP’s cause to its circulation of 1.5+ million consumers. Despite the coronavirus pandemic’s effect on fundraising, he has helped raise $60,000 in charitable contributions and in-kind donations in his first two months on the board. 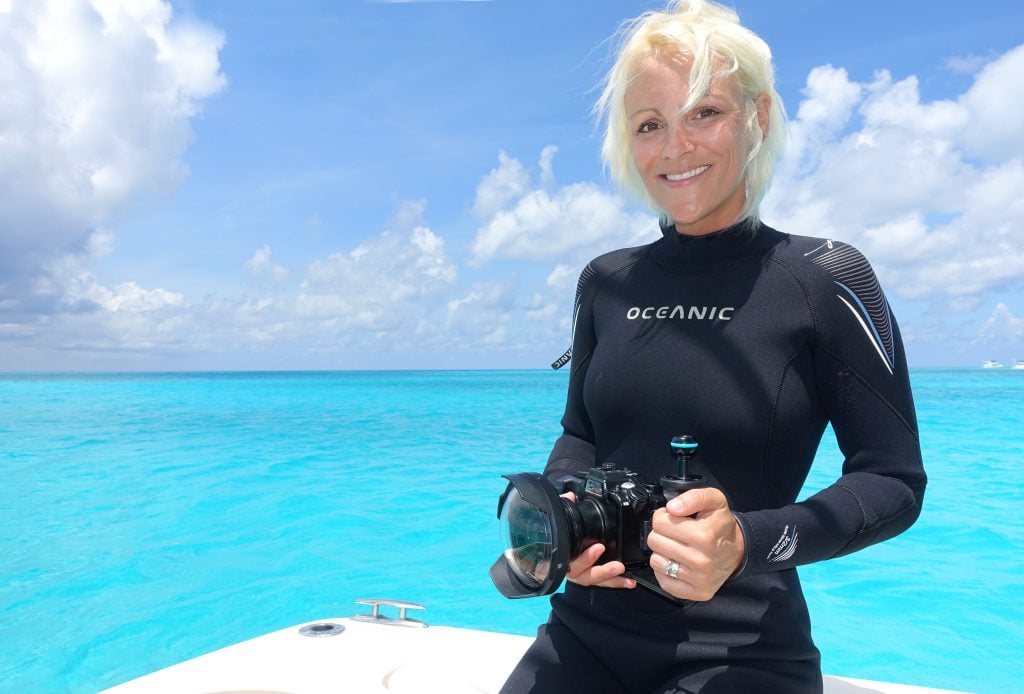 Jillian Morris is a Marine Biologist, Underwater Photographer, PADI AmbassaDiver, and the founder of Shark4kids, a non-profit (100% volunteer run) organization that is working to create the next generation of shark and ocean advocates. Jillian has provided virtual and in person lessons to students all over the world. She has expanded the organization to have ambassadors in multiple countries. Since Sharks4kids was created it has reached 84 countries, and 49 U.S. states. Jillian provides educational

opportunities for students of all ages to turn fear to facts, and build a respect for sharks and their important role in the ocean. She has done this through free educational days at different centers and aquariums, she had taken school groups out to tag sharks, and also taken them into the water to experience snorkeling and build a love for the ocean with an experience that these students would have otherwise been able to have. Jillian has also created curriculum that teachers can download from the site so that they can incorporate shark education into their classes. There are many activities, and everything meets the Next Generation Science Standards for each grade. These are free resources provided on the website. This year as soon as the pandemic hit and schools started to close, Jillian started a webinar series that has been going strong since March. She had been able to host scientists from around the world in educational talks in order for the public to connect to the work these scientists are doing, and provide the public with educational opportunities. This year, Jillian also released her second kids book, all about sharks: Shark Superpowers. An educational, fun read highlighting the lesser known species of sharks. Sharks4Kids receives messages all the time about how Jillian has helped people of all ages overcome their fear of sharks, and help them to understand why we need these animals. Her goal is to help people understand why shark science is so important to conservation. Jillian dedicates all of her time to Sharks4Kids, and connecting with as many people as possible, even after having a new baby this year! Her motto is that kids can create the change we need in this world, and education is key. 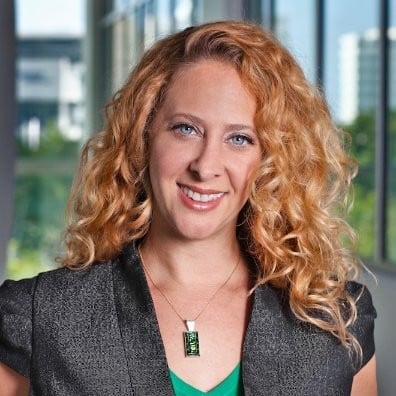 Dara is the founder of www.volunteercleanup.org, which has coordinated thousands of beach cleanups which have removed hundreds of thousands of pounds of garbage and debris that is dangerous to marine animals.