Blue Friend of the Year Finalists:

Dr. Davis has made huge strides recently in aquaculture of queen conch throughout the Caribbean and has established successful "queen conch labs" in the region.

Over the past decades Megan Davis has combined her strengths in aquaculture, marine ecology, technology transfer, business and project management to lead several international projects in Florida and throughout the Caribbean. She works on community-, industry- and fisheries-based projects. For example, she was co-founder of the Turks and Caicos Island’s commercial-scale queen conch farm; part of the Florida team that retrained commercial fishers to be clam farmers; and the science team lead on a large-scale spiny lobster aquaculture project in the Caribbean.

She recently started a NOAA funded Puerto Rico pilot-scale queen conch hatchery project with her collaborator and a commercial fishing association. Megan has served the aquaculture and marine science community through several leadership roles at FAU Harbor Branch as well as through membership on regional and national boards. She is a NOAA Marine Fisheries Advisory Committee (MAFAC) member and was lead for the MAFAC seafood promotion task group. Megan is passionate about healthy and sustainable seafood and sea vegetable choices and shares information through culinary demonstrations.

For more information on queen conch aquaculture and conservation projects led by Megan and her team and partners – visit the Queen Conch Lab website and follow on Instagram @queenconchlab. 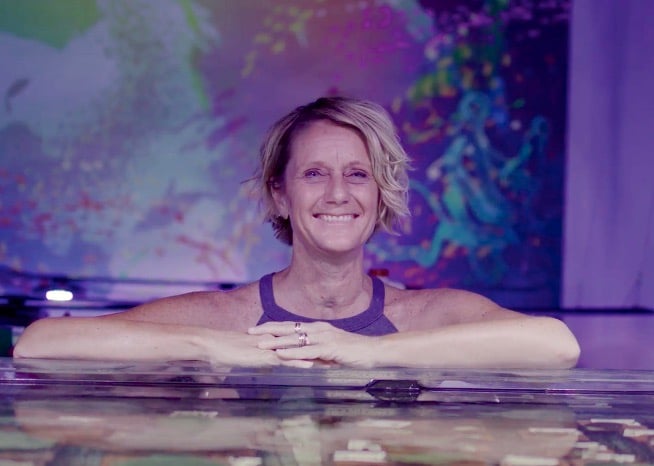 Leneita grew up in the woods of New England, where there was far more exposure to pine trees than the sea. However, most summers she would travel to Maine, often for months, to spend time along the coast. This curiosity with the ocean began in childhood and followed her into adulthood.

For over two decades, this love of the sea was used to help students in under resourced neighborhoods discover new avenues of education and exploration.

As the Director of Education at the Reef Institute, Leneita launched educational programming that aimed to move the public’s awareness on issues facing coral to becoming a better steward of the ocean at large. Now, these programs reach 10,000 students annually. TRI uses to seek the change within the approach of conservation through Awareness and Sensitivity, Knowledge and Understanding, Attitudes, Skills, and Participation. While hoping to give everyone equal access to marine education. In 2018, Leneita launched the Peanut Island Initiative. This initiative identified several healthy coral colonies growing in the south lagoon and throughout the snorkel trail. Since this launch, Peanut Island has seen a substantial increase in biodiversity and now has 22 different species of stony coral and 2 species of soft corals in the south lagoon; representing close to half of the stony corals found in Palm Beach County.

In 2019, under Leneita's direction and guidance, the Reef Institute officially became a long-term holding facility within the FCRPP. There are currently 26 institutions holding at risk Florida corals that have been gene banked and safeguarded for future generations. Leneita has also worked to partner with Michael Singer Studios, to create the Marine Living Structures Initiative. This program combines sustainable materials engineering, biological habitat design, and innovative surface textures and forms to create different prototype reef modules. These reef modules support the regeneration of marine habitats and enhance coastal resiliency. Leneita’s goal is to take care of endangered corals, while also seeing juveniles return to the ocean. Taking a community development approach to restoration she seeks to bring the ocean around the Caribbean inot a place where it is once again whole. 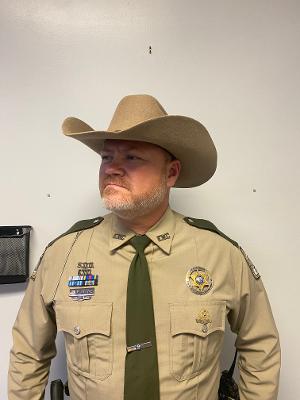 Officer Stone is tasked with patrolling remote woodlands, swamps, bodies of freshwater and nearshore and offshore waters and beaches to enforce and ensure that the resources of Florida, the nation and planet are protected. The job is and can be daunting and extremely dangerous, performing search and rescues in hazardous conditions, to dealing with violent and desperate criminals intent on committing crimes that impact marine life and other marine environmental resources. Specifically, as it relates to marine life, Officer Stone has arrested and participated in the arrest, followed up with the conviction of numerous subjects that deal in the illegal trade of turtle eggs and turtle parts right here in Palm Beach County as well as state wide. These cases involved hours and hours of surveillance, intelligence gathering and following through the complicated legal system to conviction. His love and dedication to marine life was not limited with his duties as a law enforcement officer.

Until recently, outside of his duties as a law enforcement officer with FWC, Officer Stone held Marine Turtle Monitor Permit #72, issued through the FWC Imperiled Species Management Division. As the holder of that permit, he was responsible for surveying and documenting marine turtle nesting sites in the town of Manalapan. Officer Stone has worked closely with LMC over the years rescuing and transporting injured and sick marine turtles to the facility. The most notable involved Meghan, a rare and endangered Lepidochelys olivacea Olive Ridley Turtle. Early Christmas morning of 2013, Officer Stone was contacted at his home by ocean lifeguards at a local beach concerning a turtle in distress. The turtle was reported as being lethargic and having difficulty swimming and diving. At the time, the species of turtle was not determined. Officer Stone responded, recovered and transported the turtle to LMC and staff at which time the species was confirmed as an Olive Ridley.

The turtle was treated at LMC for almost a year and as it turned out, this was the first recorded successful rehabilitated Olive Ridley in Florida history. The rescue and rehabilitation of Meghan received national and international scientific and media attention. The interaction with Meghan was just one example of numerous incidents where the actions of Officer Stone directly resulted in a benefit to marine life and conservation.