Roderic Mast from Oceanic Society in Herndon, Va., will be awarded the notable Eleanor Fletcher Lifetime Achievement Award. This award recognizes a person who exemplifies a lifelong, extraordinary commitment to marine conservation through work or volunteer activities similar to those of Loggerhead Marinelife Center’s founder Eleanor Fletcher. 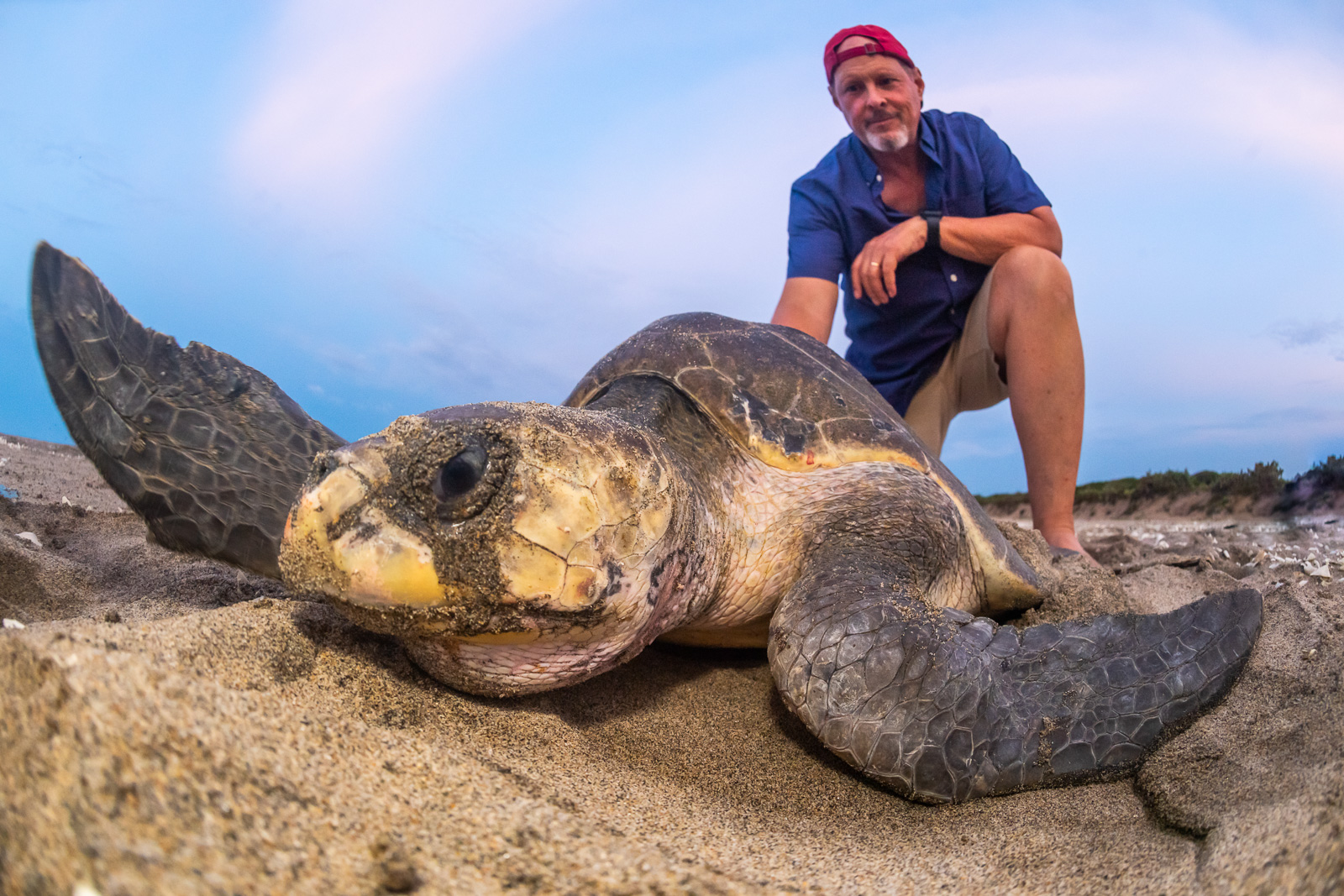 With Dad’s help, Rod became a scuba diver, and an early member of the Oceanic Society, America’s first non-profit dedicated to marine conservation, and he started to soak-in all he could from their quarterly magazine “Oceans” along with every issue of “Skin Diver Magazine.” After his father had passed away, Rod’s mother sought a new destination to celebrate the holiday season and Rod chose the Galapagos Islands.

After the experience Rod spent countless hours reading books and taking summer courses. After lying about his age, Rod partook in a college-level marine science semester at Florida Institute of Technology, completing his undergraduate degree in only three years. While immersing himself in biological field work whenever possible, he studied migratory birds in the Midwest, mesopelagic fish in the Sargasso Sea, Echinoderms in the Bahamas, and sea turtles wherever he could (Georgia, Florida, Mexico, Galápagos). Later, Rod went on to work for NOAA/NMFS, RARE, WWF, and then Conservation International (CI) over a period of 25+ years.  At CI, Rod and a small team of biologists led by Russ Mittermeier, turned the institution from a start-up working in 3 countries to a biodiversity conservation powerhouse with programs in nearly 30 countries in a mere 3 years. During that time, Rod was instrumental in defining game-changing global priority setting approaches. As CI’s VP until 2012, Rod helped the organization lead game-changing initiatives from developing a “Global Amphibian Campaign,” to launching Rapid Biodiversity Assessment (RAP), pioneering the use of GIS for conservation planning, and much more.

He also created “CI Sojourns,” a VIP travel program that led hundreds of global businesses and thought leaders on expeditions to conservation hotspots, enlisting a who’s who of influential people to the cause of conservation, and generating hundreds of millions of dollars for biodiversity conservation. In tandem with Sylvia Earle, they advocated for and built CI’s Global Marine Program to develop strategies for global ocean conservation. In 2003, Rod became the Co-Chair of the IUCN Marine Turtle Specialist Group (MTSG) and the president of the International Sea Turtle Society (ISTS). He also launched the State of the World’s Sea Turtles (SWOT) initiative, thus placing him at the forefront of marine turtle conservation globally. Rod knew that if preventing sea turtle extinctions was to succeed, a drastic shift in the way sea turtle data is gathered, managed, and shared would be needed. SWOT allowed people devoted to sea turtle research and conservation to operate with a shared, open-source data set, viewing challenges from a global perspective which resulted in a profoundly different approach to identifying potential crises, establishing priorities, and designing conservation programs for sea turtles and their habitats. Lastly, as Chief Editor, Rod ensures that the findings presented in each SWOT Report are not only informative, but optimistic, pragmatic and actionable. A decade ago, Rod joined the staff of Oceanic Society and now serves as President and CEO. At Oceanic Society, Rod continues his sea turtle work, leads life-changing nature expeditions designed to “deepen the connections between people and nature,” and he has launched game-changing initiatives that focus on human behavior change for ocean health.