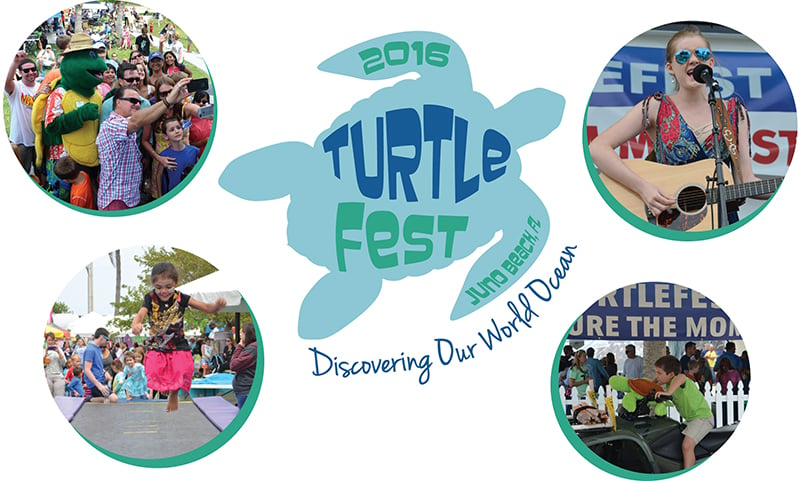 The Sounds of TurtleFest 2016

Talented musicians Erasmith, Chain Reaction, The Samantha Russell Band and Mike Mineo along with performances by the Performing Arts Academy of Jupiter and the Maltz Jupiter Theatre will take the stage while guests enjoy up-close encounters with threatened and endangered sea turtles. In between sets be sure to check out the educational activities, art, shopping, food and beverage, activities for children, and more. Complete with a World Ocean Pavilion, guests will learn about how different countries are promoting ocean conservation. 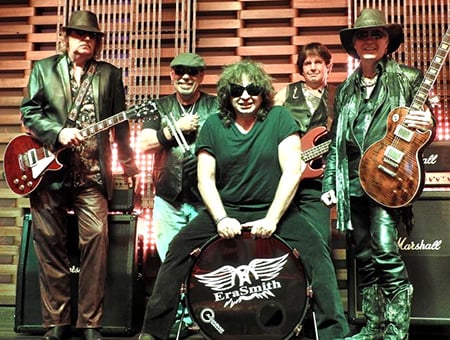 YOU wait for it to Wreck, but the “TRAIN KEEPS ROLLIN”.

​To do Justice to the long history of Aerosmith, we’ve studied and duplicated every nuance of their Ground-Breaking Music.

Like Aerosmith, the guys in EraSmith are also risk-takers when it comes to how we perform the “Earlier” Classic Rock ‘n Roll of the “Greatest Band On Earth”, AEROSMITH!

You’ve got to Go-For-Broke & play it like it was intended to be played, and that is EXACTLY WHAT EraSmith DOES! 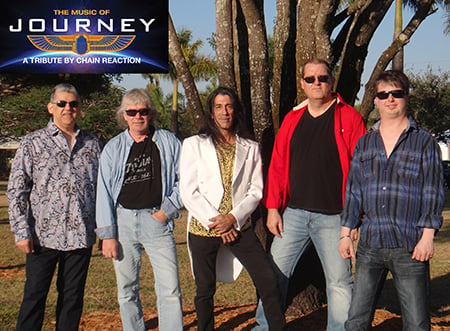 Genre: “The Most Authentic sounding Journey Tribute in the US”
Hometown: South Florida

Chain Reaction was formed with the mission of re-creating the sound of American super group Journey. Chain Reaction is one of the premier Journey Tributes in the US. Formed in South Florida Chain Reaction boasts the exceptional music talents of five dedicated and experienced musicians.

We strive to re-create the sound, with every nuance of Journey during their most successful period when Steve Perry fronted the band from 1977 – 1998. Our passion is to make people feel like they’re at a Journey concert! Every effort is made to make it sound like the real deal!! 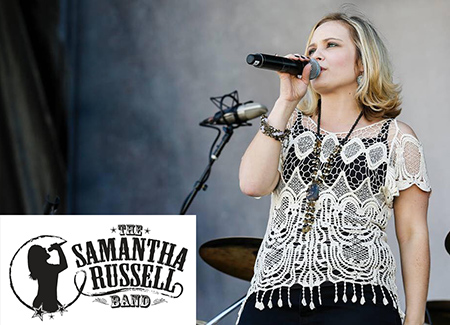 National recording artist Samantha Russell first started singing at the tender age of 5 when she sang “The Sun Will Come Out Tomorrow” and played the part as Annie in a school talent show. She knew then that singing was what she was destined to do. Samantha continued singing with various local bands in the WPB area where she gained local recognition. She then went on to do Sunfest in ‘98 as well as open for various country acts such as BlackHawk, Travis Tritt,  Sammy Kershaw, Marshall Tucker Band, Daryle Singletary, Perfect Stranger, Jeff Carson, among others. In 1999 Samantha signed a record deal with Heat Music, based out of Miami, FL., who was distributed nationwide through Lightyear/WEA. Her single “You Should Go” climbed all the way to #37 on the Adult Contemporary Top 40 charts.

Samantha and the band also feature songs from Classic Country and Rock artists, originals, and an occasional current pop tune, just for flavor. 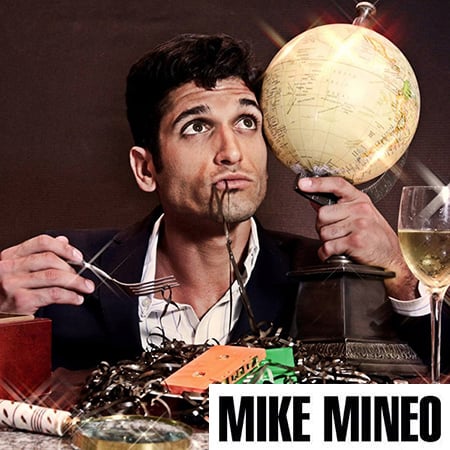 Mike Mineo is visiting this world. His awkward sense of humor and wide-eyed jesterly ways are just some indications of his reality being based on some other plain of existence. Yet through his music he manages to bring forth a relationship with people here that is more genuine and palpable than most they share with people they have known for years. The reason is this, Mike deals in soul orientation. Whether comical or sublime, he hits the common note in people that makes them feel safe enough to let this minstrel dominatrix molest their conventionality to a destructive climax. He will venture to coax you out of your standard of living, but that is not his main gig. His number one goal is not to have one and to simply let life live through him with music as his primary venue. He earns your trust by honoring the artistic vessel that he is, rather than falling victim to the self enamored pitfalls characterized by some musicians.

Born and raised in South Florida, fully reaping the benefits of full moons over the beach, Mike nurtured his artistic sensibility. In school, he would leave class for a bathroom break, raid a guitar from the chorus room, and entertain one of the few classrooms lucky enough to have an open-minded teacher. He then hit the open road to see the country right out of high school, a common rite of passage from the book of all true soul searchers, from which he wisely took a page.

He has done the research folks. Walked his shoes to the sole and bares the fruit from the experience. He offers reprieve from the waiting line, to tempt that latent part of you that knows there is more than just this. So come and see the spectacle, an experienced audio-erotic seduction of your senses that springs forth from a child-like foundation. You may come with a safe word, but you will walk away contently violated never to remember what it was.

Performing Arts Academy of Jupiter is designed to provide a professional, disciplined, and supportive atmosphere where students of all levels can succeed in obtaining a Performing Arts education.  Regardless of age or whether or not your goal is to become a professional performing artist, we believe that an Arts Education is essential in creating positive results that will last a lifetime.

Our goal is to teach dance, music, and theater as well as an appreciation of each.  Our staff has many years of instructional and personal experiences perfecting their craft.  Their individual love of the arts spills over to the students they teach. This is why Performing Arts Academy of Jupiter will maintain our commitment to the highest standards of excellence in Arts Education.

The Maltz Jupiter Theatre Paul and Sandra Goldner Conservatory of Performing Arts offers a challenging, innovative and quality theatre experience to students of all ages and abilities. It provides professional theatre training, as well as tools to develop their imagination and self-esteem. The Conservatory offers classes in dance, voice, acting and musical theatre for students from toddlers to seniors, all taught by Broadway-caliber instructors. In addition to a full schedule of classes, the Conservatory’s workshops and master classes offer students an opportunity to learn first-hand about the world of theatre from nationally known composers and performers, agents and local instructors.

As a not-for-profit theatre, the Maltz Jupiter Theatre, recognizing the importance of arts education for all ages, has made its mission to “entertain, educate and inspire.” The Conservatory offers a challenging, innovative and quality theatre experience to students of every ability and provides professional theatre training, as well as tools to develop their imagination and self-esteem. Conservatory students, in addition to taking classes, are invited to attend workshops that feature local and national talent.