Using satellite tracking technology, researchers at Loggerhead Marinelife Center (LMC) are collecting important data on loggerhead sea turtles and their nesting habits. Using GPS technology, researchers are able to track the turtles in near real-time over vast expanses of the ocean (check out some of their tracks below by clicking on each turtle's page!). By conducting this research, LMC scientists will reveal how many nests each turtle lays in a season (also known as clutch frequency), a vital component to understanding trends in population size. These data can also be used to identify key areas of use by loggerheads so that appropriate conservation measures can be developed to protect them.

To address these questions, the "Signals from the Sea" research project aims to tag a total of 50 loggerheads by the year 2026. This project launched in 2020, when the first seven satellite tags were deployed. We greatly appreciate the various donors who have helped fund the project thus far, including the Sea Turtle License Plate Grant, Albert E. and Birdie W. Einstein Fund, Anne Cox Chambers Foundation, The Benjamin School, Carrier, Goldring Family Foundation, and Great Lakes Dredge and Dock. LMC is seeking additional support to help fund this critically important research over the upcoming years.

Sponsor a Sea Turtle: For a $7,500 donation, you can sponsor a turtle that includes naming rights. You will also receive a personalized tracking page so that you can track your turtle in real time. Other opportunities are available to contribute to this work. Please reach out to Caitlin Farmer (cfarmer@marinelife.org ) for more information.

New Satellite Tagging Research Develops a Census for our Seas 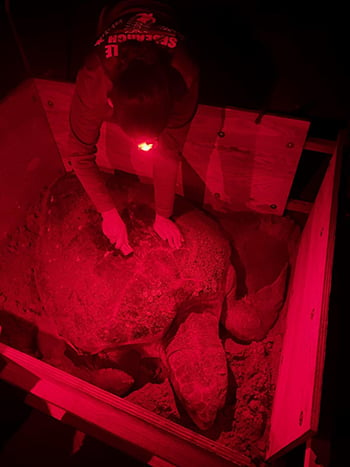 Using satellite tags, researchers at Loggerhead Marinelife Center (LMC) are collecting important data on loggerhead sea turtles and their nesting habits. The research project will track seven loggerheads in 2020 to analyze clutch frequencies (i.e., the multiple incidents in which a nesting sea turtle lays her eggs in a single season) and internesting intervals (i.e., the time between each nesting event). Three of the seven turtles – named Benji, Pappas, and Carlin – are being sponsored by regional and national organizations, including The Benjamin School (Benji), Illustrated Properties (Pappas) and Great Lakes Dredge and Docks Company (GLDD) (Carlin).

Ongoing tasks will utilize real-time tracking technology to document and discover where each tagged female nests throughout the 2020 nesting season. LMC researchers have conducted daily dawn nesting patrols in northern Palm Beach County since 1987. However, the total nest counts each year does not equate to the same number of females who nested on local shores, because turtles lay multiple clutches in a single season. But continued grant-funded research will help illuminate how many nests an individual female lays within a season.

“There is a lot of census information baked into our nest counts,” said LMC Senior Manager of Research and Data, Sarah Hirsch. “Using nest counts is one of the most simple and efficient ways to uncover trends in sea turtle nest counts over large regions and time periods. We don’t want to devalue those numbers, but having a greater understanding on how many nests a single female contributes to the yearly total nest count is extremely important for us to be able to properly estimate population size.

The data collected from the sponsored sea turtles will go far beyond LMC research publications. Benji will be weaved into The Benjamin School curriculum as a first-hand, educational resource. Pappas will represent the relationship between a healthy planet, and in turn, a healthy real estate market for Illustrated Properties consumers. And Carlin will symbolize GLDD conscientious efforts with LMC to protect critical nesting sites during its beach re-nourishment project

Track Benji, Pappas and Carlin on their respective pages below! 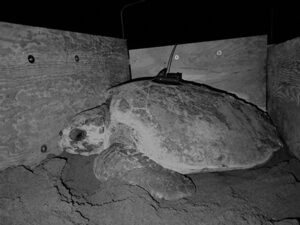 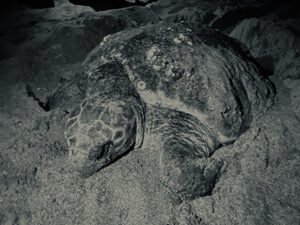 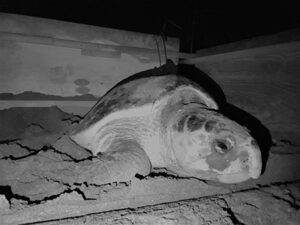 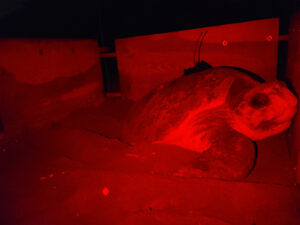 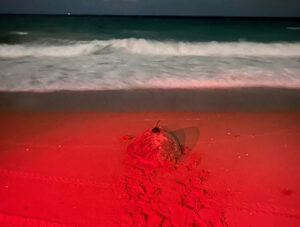 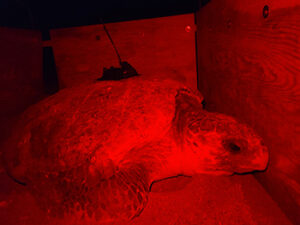 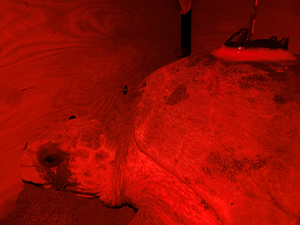 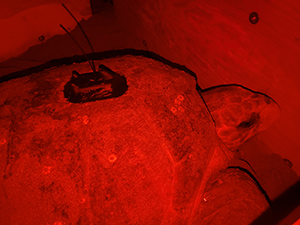 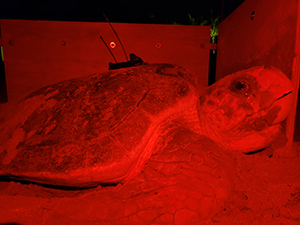